Buddy Hield got Traded from New Orleans to Sacremento.

Bahamian NBA shooting Guard Buddy Hield was abruptly traded during the all star break to the Sacramento Kings for mercurial center Demarcus Cousins.

The Kings owner Vivek Ranadive and GM Vlade Divac were apparently enamored with Buddy, so much so that they decided to trade him an all-star center who actually hit more threes than him this season, makes sense right?

I have a couple thoughts about this ridiculous trade:

I’m not rooting for the Sacramento fucking Kings.

I know as a Bahamian it’s my imperative to root for Buddy Hield no matter who he plays for and I will do that, But I’ll never root for the Sacramento Kings, not now, not fucking ever.

This Trade was a disaster for The Kings

Like any red-blooded Bahamian I’m going to root for Buddy Hield to the bitter end but that doesn’t mean I don’t have a passing knowledge of basketball.
Giving up Demarcus Cousins for Buddy Hield. Tyreke Evans and his middle-school game, Langston Galloway (whoever the fuck that is) and a squatty potty isn’t good enough.

Demarcus Cousins is a generational talent, this isn’t a good enough haul to justify trading him. It was such a terrible trade that NBA2k wouldn’t even let you do it.

A video game is smarter than the Kings.

Just last week I talked about the time I went to Sacramento. It’s nowhere for anybody to be.

Carlos Santana outed himself as a hater

Legendary guitar player Carlos Santana outed himself as a hater when some condescending words he had about singer Beyonce came to light on the heels of her Grammy loss for Album of The Year to British Pop Star Adele.

““Beyoncé is very beautiful to look at and it’s more like modeling kind of music — music to model a dress — she’s not a singer, singer, with all respect to her.” Adele, on the other hand, “doesn’t bring all the dancers and props, she can just stand there and she just stood there and sang the song and that’s it, and this is why she wins,”

Is a better singer than this person.

And if you agree then you’re fucking stupid.

I don’t own one Beyonce album, I don’t even consider myself a fan. I just have two functioning ears and a brain that (sometimes) works .

Victor Cruz got cut by the New York Giants.

Victor Cruz’s is a remarkable story. A local high school legend from nearby Paterson, New Jersey, he went undrafted out of U-Mass and was able to “walk on” his hometown NFL team.  He came to the world’s attention in 2010 after he went absolutely bonkers in a preseason game in 2010 against the New York Jets.

Cruz would go on to set a single season record for receiving yards in 2011 en-route to a Superbowl victory over the heavily favored New England Patriots at the end of that season. If his career ended there his life could have been a great Disney Movie.

Unfortunately for Vic there was nothing but injuries and disappointment after that as he missed most of the 2014 and the entirety of the 2015 seasons.  He did manage to get back on the field for the 2016 season and have 39 catches for 586 yards, which was decent, but after all the injuries he sustained he wasn’t the same guy who caught a 99 yard pass in 2011. He couldn’t separate from defenders anymore.

Victor Cruz is the American dream, someone who rose from obscurity in an area that isn’t exactly known for producing NFL talent to a school that was barely D1 to break records and win a Superbowl for a team 15 minutes away from his hometown.

You heard that writers at Disney?

Dexter Fowler has opinions, probably lives in the wrong city for that. 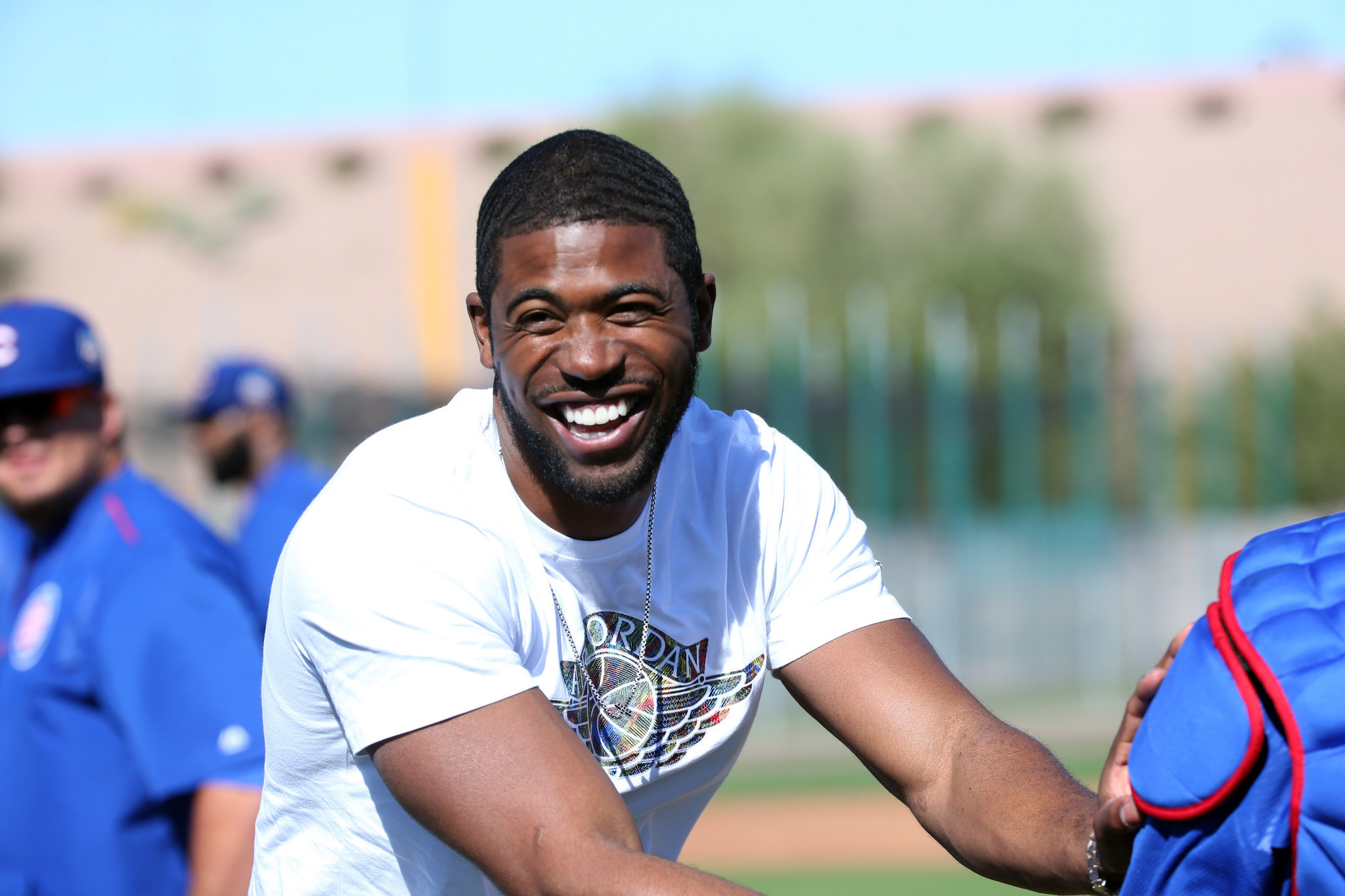 St. Louis Cardinals outfielder Dexter Fowler spoke up on the travel ban put in place by the US president, basically saying that it’s butt that his wife and daughter can’t see their family, which is a fairly tame take on such a dumb policy, especially given the fact that Fowler’s wife is of Iranian descent and wants to take their absolutely adorable daughter to see family members but now she can’t because racism, that’s reasonable right?

St. Louis fans, ever the class acts, responded like knuckle dragging assholes they are.

"It's huge. Especially any time you're not able to see your family, it's unfortunate." – Dexter Fowler pic.twitter.com/eDLRleURzE

Fowler has a ton of money and a world series ring, he doesn’t seem very bothered.
I wouldn’t be bothered by those toothless cousin-fuckers in Missouri either.

The NBA Developmental League will now be called the G League

Thanks to a sponsorship from beverage giant Gatorade, the NBA’s minor league will now be called the “G-League”.

I can’t be alone in this.

This is what you thought when you heard this too didn’t you?

I hope they play this to every game instead of the national anthem.

Reading the headline didn’t really move me initially because college sports coaches tend to be assholes for the most part and I have friends who played for Eustachy on the Bahamas national basketball team who’ve told me that Eustachy is a huge jerk, I didn’t read too much into it because like I said: coaches are jerks.

But it turns out Eustachy is a world class asshole to his players, so much so that Colorado State officials refused to let him be alone in practices, workouts or meetings with his own players without an official from the athletic department present and in the 5 years he was the coach at CSU only one player stayed for their entire four years of eligibility. He was such a dick that despite going 87-48 at Colorado State, which isn’t exactly known for being a powerhouse, the school’s athletic director recommended that he be fired, the school’s president, presumably with his feet on the table counting all the TV money Eustachy made him by building a really good team on the strength of abuse and sociopathic behavior told him no.

I know the accusations of emotional abuse seems like a set up from a lot of “soft” hot takes from sports pundits, and I’ve played college basketball for coaches who cursed at and threatened to send me on the next flight home as well as coaches who were maybe a little too nice to win anything, but this shit is unacceptable.

And if it was my son or daughter taking abuse from Larry Eustachy I can’t guarantee that I wouldn’t show up on campus and go all P. Diddy on said coach.

That’s just me though.

Athlete who is very good at sports: Russell Westbrook and Kevin Durant

I’m giving this fake award to Russell Westbrook and Kevin Durant for the alley-oop Durant threw to Westbrook during the all star game on Sunday.

The play was a great moment in an otherwise trash game, especially given that the two didn’t talk to each other for the entire weekend and there was speculation abound about what would happen if the two got on the floor with each other due to the falling out they had when Durant left Oklahoma City to play for the Golden State Warriors. And although it’s a lucrative line of work for the both of them, at the end of the day this is just basketball. They’ll both spend the majority of their lives not doing this.

So props to them for briefly reconciling. Here’s hoping that someday they can talk out their issues and be friends again in real life, not just on the court.